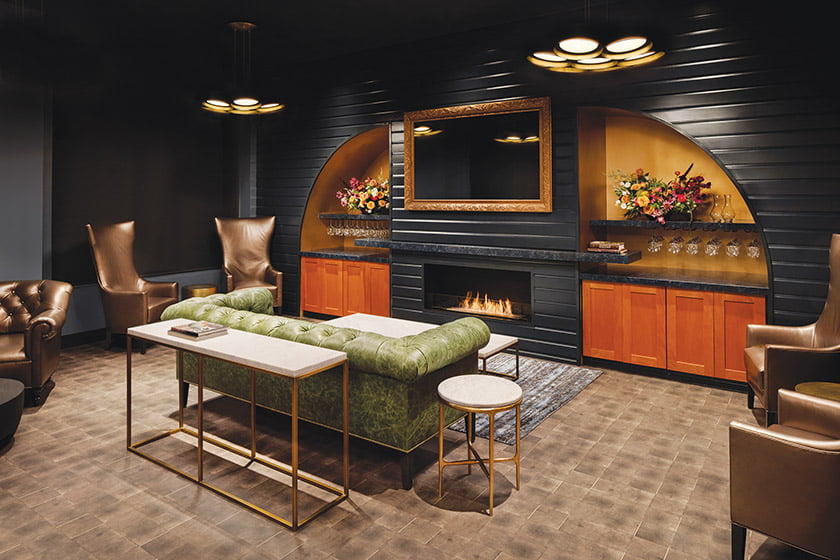 WineLAIR’s 358 climate-controlled lockers safeguard members’ own bottles, to be enjoyed when they visit. © Hawkeye Johnson

In 2008, Christian Ress, co-owner of a German wine estate, founded WineBANK, a members-only club for oenophiles. After expanding to seven locations in Germany and Austria, Ress and his partners decided to launch the concept across the pond—and homed in on Washington. The company’s initial stateside club—dubbed WineLAIR—uncorked its first bottle last fall in DC’s West End. “As a bustling capital city and international hub, we felt the fabric of Washington’s community reflected our love of wine, hospitality and travel,” says Ress.

JC Schaub of Virginia-based 5th Edition Design outfitted the 5,600-square-foot space in a palette of black and gold; bold lighting and contemporary furnishings set a sophisticated tone. A wine bar serves full bottles and pours by the glass. In addition, members are invited to store their own vintages in the club’s climate-controlled lockers. Tables and seating areas offer inviting spots for wine-tasting and dining; light snacks and meals from the neighboring bistro, RIS, are on the menu. 1120 22nd Street; NW; 512-547-7787. winelair.com